Writer’s Log: This Day Gets a Smiley Face, and Here’s Why

Posted on November 9, 2017 by melissastacythoughtcandy

In preparation for querying my newest manuscript, a YA contemporary titled Ninja in a Cornfield, I wrote a one-page synopsis of the book today.

A one-page synopsis! That’s right — I wrote a WHOLE PAGE! Where’s my glass of champagne?? Where’s the marching band and the six-block parade thrown in my honor??

Yeah, I know it’s NaNoWriMo and all, a month when other writers are challenging themselves to pen 50,000 words in thirty days — and here I am, excited I wrote 353 words. I can totally cop to how pathetic that is.

And yet, I’m still feelin’ so fly. 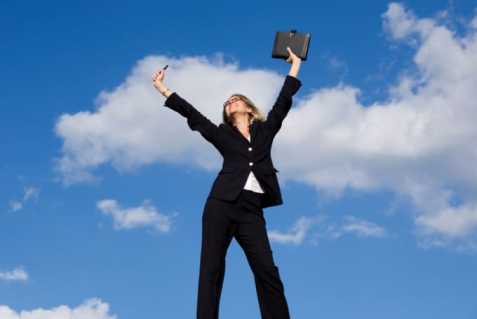 The fact that my friends are so happy about my wee baby steps is no doubt why I’m in such a good mood, and feeling like I’ve accomplished much more than I really have.

I also queried two more literary agents this morning, bringing my total query count up to thirteen. None of these agents required a synopsis in their submission requirements, but having a synopsis means I can now query even more agents who represent contemporary/real-life YA manuscripts.

This is actually a pretty big deal. In the past, I’ve not done so well with this process. Right now, I’m pursuing the market, rather than just giving up.

For my first two novels, I was a lot braver with querying. But by the time I finished my third book, Mark of the Pterren — in 2015 — I’d learned enough about the industry to know I’d written a manuscript that didn’t qualify as a good risk for a publishing house. The novel was far too long for a debut author — and science fiction did a lot better when it was penned by a male writer. When I was met with a void while querying Mark of the Pterren, I invented a male pen name and queried the manuscript as a male. That query letter received several responses — all were rejections, but they were polite and personalized, and each one greeted my fictitious male self by name.

After sending out 12 query letters as a male, the lying bothered me so much that I stopped, and simply gave up on querying that book anymore.

In September 2016, I attended a writers conference in Denver, and learned that certain words in a query letter are considered industry-toxic. As in, if any of these words appear in your query letter, it’s an instant-delete, and no amount of “nice prose” is going to change that.

Unfortunately for me, my fourth and fifth novels both qualified as industry-toxic. Vampires, urban fantasy, and mermaids are currently all deal-breakers for acquiring editors, which means literary agents hunting for manuscripts want nothing to do with them. These words have been industry-toxic for some time, and they will likely stay that way for the next couple of years. Like any other trend, book genres run in long cycles. Something that is popular for a time, such as werewolves, time travel, or fallen-angel YA, can sell well for years, and then suddenly plummet in sales once that particular subject becomes overdone.

Had I known this, I would have picked different projects for my fourth and fifth books. Alas, I set myself up for failure. A calamity I’m trying hard not to repeat.

I chose to work on Ninja in a Cornfield this year because the story occupies a genre literary agents currently want: YA contemporary. I started the book at the end of May, and wrote most of the novel this summer. In October, I took a break from writing in order to accompany my husband on a three-week trip to visit his family. Once we arrived home, I went back to work, and finished the final two chapters this month.

There are so many things I know now about publishing that I didn’t know even a year ago. Knowledge is power, and I have more confidence in this manuscript than I’ve felt as a writer in years. The market is impersonal and driven by money — just accepting that fact takes a lot of the sting out of rejection.

Writing quality isn’t determined by money. Money follows trends and luck. If a writer anchors their self-esteem to something as ephemeral as trends and luck, they’re doomed to feel sucky. And I really can’t work when I feel sucky.

So being able to stop linking “quality” with “success” is emotionally helpful to me, and allows me to power through a process that has been my absolute downfall in the past.

All of us face our own hurdles, large and small — and query letters are just one of the bigger hurdles I’ve ever found myself trying to jump.

No matter the outcome, or how long the odds to success, we all know the only thing that matters is doing the work. So whatever you might be facing today, I wish you well in achieving the task.

Since I often fall flat on my face, and bomb things all the time, I know failure is the big constant in life, and I can’t say my success today will continue tomorrow. But for the present moment, my day is not completely suck-tastic, and I hope your day isn’t, either.

And if you’re curious about reading my query letter for Ninja in a Cornfield, it’s pasted below. All well-wishes for this manuscript are most gratefully appreciated! I will gladly take all the help I can get — and many, many thanks for reading this blog, and all the positive energy sent my way! ^.^

Fifteen-year-old Mercedes García has a small obsession with ninjas. To her way of thinking, fantasy ninjahood means personal freedom, financial independence, and the kind of badassery that can make dreams come true. With a physically violent uncle pressuring her to make money in the adult film industry, Mercedes lives with plenty of secrets about what her home life is like, but possesses none of the weaponry a badass ninja should have. As much as she loves growing tomatoes and beans, vegetables aren’t much good in a fight.

On the first day of junior year, a new student arrives at Mercedes’ rural Illinois high school. Well-dressed and well-spoken, he inspires a storm of angry rumors, and the gossip is damning. Nicolás Sánchez is labeled a Mexican drug dealer, and an illegal immigrant hiding from ICE. Though Mercedes is told by her uncle to stay away from this boy, she befriends Nico anyway. She learns Nico is Colombian-American, and that he admires vegetable gardens, fantasy ninjas, and speaks fluent Spanish, which is as badass to Mercedes as showing up at school with throwing stars and a sword.

Their honest conversations inspire new hope and new strength in Mercedes, even though she is punished at home for creating this friendship. As her family becomes more physically abusive and dangerous, Mercedes must confront the ugly secrets and fears that control the choices she makes. With her dreams and her future at stake, she realizes that even a fantasy ninja must overcome enemies far more powerful than the ones she faces at home.

Ninja in a Cornfield (76,000 words) will appeal to fans of contemporary YA with diverse, bilingual main characters, such as Benjamin Alire Sáenz’s Aristotle and Dante Discover the Secrets of the Universe and Nicola Yoon’s The Sun Is Also a Star, as well as fans of diverse friendship stories set in rural locations, such as Jeff Zentner’s The Serpent King.

This entry was posted in Uncategorized. Bookmark the permalink.